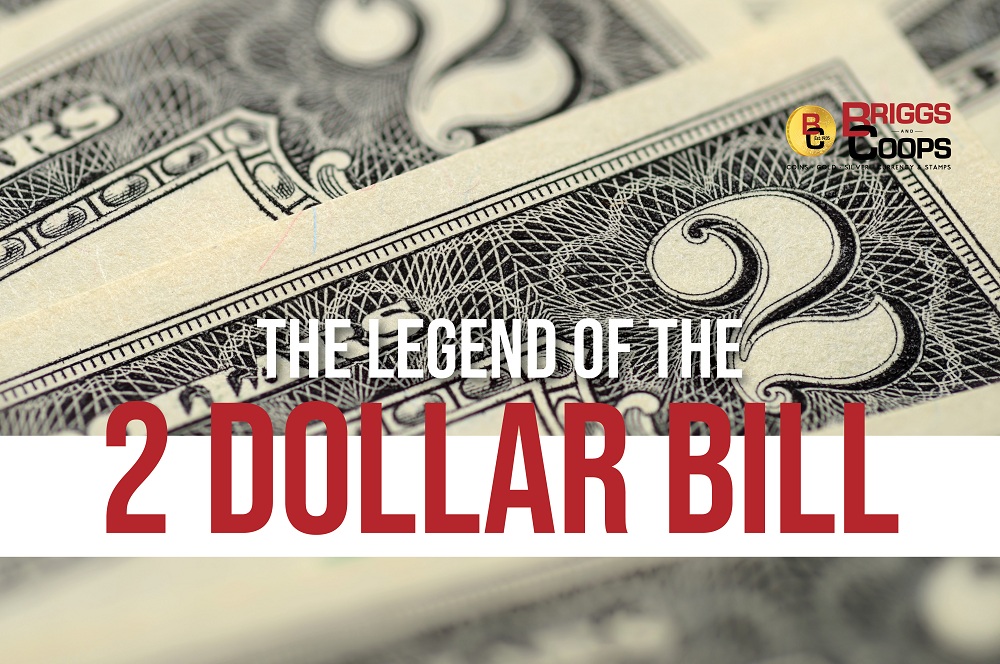 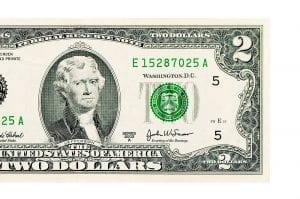 Imagine yourself at a checkout counter, having just paid for your groceries, when without warning, you are handed a $2 bill as your change. You may glance at it once, then again, to check if you see correctly. Then for a moment or two, you might stare in awe at the rare find. As America's most elusive small denomination, the $2 bill is seemingly special in some capacity. But is it really all that rare? Are the hype and reverence rightfully-deserved? And could you cash it in for-profit? Well, no. But the $2 bill is still pretty iconic. It is marked with US history and misconceptions. So before you discount this non-collector's item, read on for the legend of the $2 bill!

The $2 bill was first printed in 1862, just one year after the US treasury opened for business. For a few years, it featured the portrait of founding father Alexander Hamilton, though he was soon replaced in 1869 by Thomas Jefferson. On its reverse, the bill depicted Thomas Jefferson's plantation home, Monticello.

The $2 bill was favored for its cost-efficiency. At the price of just five cents each, both the one and two dollar bills were printed and distributed. This equal production cost made the $2 bill far more cost-effective for the treasury. However, these notes began to receive little circulation at the start of the Great Depression. Few Americans had enough money ever to require the $2 bill, thus starting the insufficient use of the denomination. And by 1966, its production had ceased.

The belief that this new and improved version of the $2 bill was made for the celebration of the bicentennial and purposed for one's keepsake led to the denomination's second demise. And so today, the $2 bill is perhaps not rare in terms of existence but merely tucked away among other "treasures" in American homes and wallets.

It is estimated that if $2 notes replaced just one half of circulating $1 bills in the first five years of the 1976 production, the US Federal Government would have saved $26 million (that's $114 million today). This would have been thanks to the reduced storage, production, and shipping costs. However, no one used the $2 bill in those first years. And so, the demand for more printed $2 notes have significantly diminished, although not completely. Though they are not as common as other denominations of bills, it is a common misconception that $2 bills are no longer produced. They are still being made, just in far less volume as its one, five, and twenty dollar counterparts.

We at Briggs and Coops love all unique bills that come with an even better story. Stop by our store of collectibles and historical items. We'dWe'd love to show you around! And if you have items that you would like to buy or sell, our staff of bullion, jewelry, coins, stamps, and paper money experts are here for you. Come by the store today!