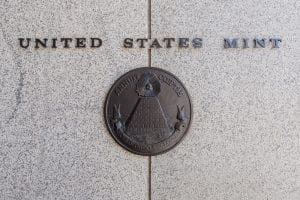 As a numismatist, you may have pondered the origins of your treasured coins. After all, they’ve come a long way before reaching your collection. But, no matter the rarity of your coin nor the years it’s circulated if it’s a US coin, it came from the US Mint. The Mint is a unit of the Department of the Treasury and is responsible for producing US coinage. And it is here where our nation’s independent form of currency began.

Today, there are four active Mints, one in Philadelphia, Denver, San Francisco, and West Point. However, the US Mint began in Philadelphia, the nation’s capital at the time, with the Coinage Act of 1792. Before this establishment, the young, yet growing United States relied on foreign currency, livestock, and produce for their monetary transactions. So, with the close of the Revolutionary War, the governing Articles of Confederation authorized states to mint their own coins. This decision, made in 1788, led to the country’s plans for a national mint.

With the establishment of the first US mint, President George Washington appointed the well-renowned scientist David Rittenhouse as its director. Rittenhouse purchased two lots in Philadelphia on which he built a three-story facility for the facility. It was the tallest building in Philadelphia at the time and the very first federal building to be erected under the constitution. Despite its impressive status, though, the Mint was not just for show, and coin production began without haste. It produced the following denominations:

Within just one year of operation, the Mint had delivered 11,178 copper cents as the country’s first circulating coins.

With the discovery of gold in California, wealth seekers began to venture out west for their chance to get rich. However, they realized that returning their newfound gold to the far-away Philadelphia Mint was inefficient and exceptionally risky. Thus, the San Francisco Branch opened in 1854 for the conversion of these miners’ gold into coins. The branch was successful, ending its first year, having produced $4,084,207 in coins.

The Gold Rush was not exclusive just to California. In 1858, the hunt for gold spread to Colorado, bringing hundreds to the new city of Denver. And for the same needs realized in San Francisco, the Denver Mint opened for coin production in 1862. The branch was briefly converted as an assay office for miners, so their gold could be melted, assayed, and cast into bars for several years after its establishment. However, in 1895, Congress returned its status as a Mint, and in 1906, Denver produced its first coins.

The West Point Mint originally began as the West Point Bullion Depository for the storage of silver bullion. However, in 1973, the facility started to produce pennies to alleviate the production demands of the other Mints. Later, it began to produce Bicentennial quarters in 1976 and gold medals in 1980. And in 1988, it earned its official Mint Status.

The US Mint production facilities are rich in history and the birthplace of all American coins. We highly recommend, if you get the opportunity, to visit the Philadelphia or Denver facilities, which are open for tours. Either location will offer a fascinating learning experience for anyone interested in coin collection.

If you are a numismatist, always on the search for a new treasure, make sure to stop by our shop! We at Briggs and Coops love all things coins and are prepared to answer questions and help you find your collection’s next addition. Come by today!