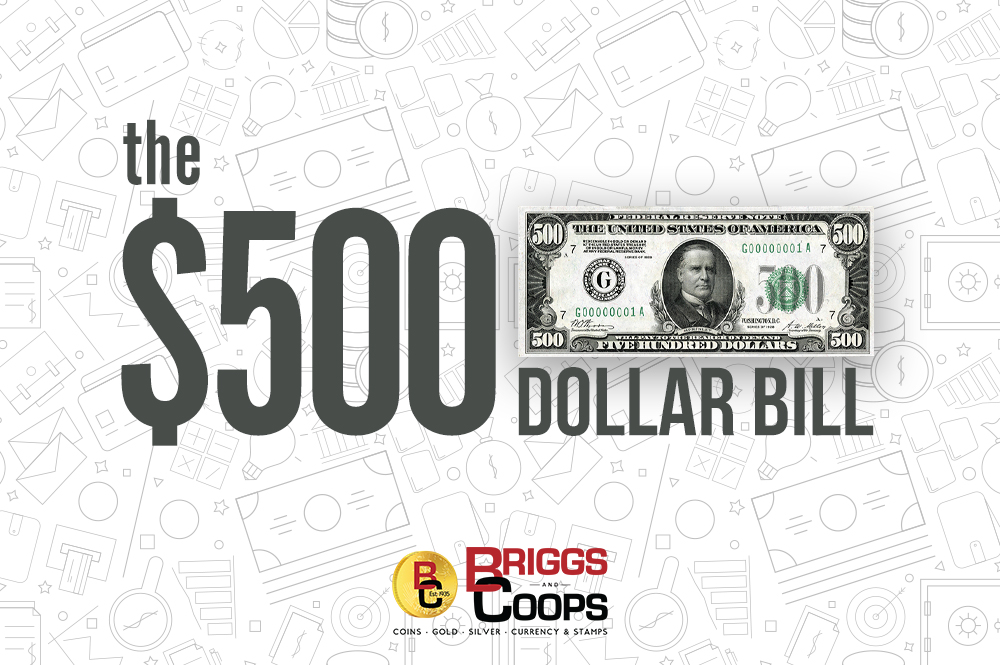 There is a lot of 100 Dollar Bill love in the world. They've been affectionately termed C-Notes and Benjamins. However, did you know that there is a 500 Dollar Bill? There is, but unfortunately, you're not going to be able to walk into your bank and ask for one because they have been out of circulation since 1969. The Federal Reserve discontinued their use, but that doesn't mean that they are not legal tender. But if you ever should come across one of these bills, you should know that it is worth more than what it says.

Depending on the state of the note, it could be worth thousands of dollars!! Almost all $500 bills are worth more than their face value, even if they are in fairly rough shape, but better condition notes are more valuable and notes dated 1928 are more expensive than notes dated 1934.

The 500 Dollar Bill was first made in 1918. It featured John James Marshall who was the fourth Chief Justice of the United States. He had served in that position from 1801 to 1835, giving him the distinction of the longest running Chief Justice. Another fun fact about Marshall was that he was roommates with future president James Monroe. However, the bill was reprinted in 1928 and from that point on it featured President William McKinley.

Along with 500 Dollar Bills, there also 1000 Dollar Bills printed during this same period. But the high face value means that people were less likely to hold onto them and therefore, the available population is smaller. These notes were printed initially to help banks and the federal government when they needed to make large transactions. However, with the introduction of an electronic money system, the need for these bills diminished.

If you would like to see a $500 Bill yourself, make sure to stop into our store. We have a few in the display case and would love the chance to show them to you. Come by and see us soon!