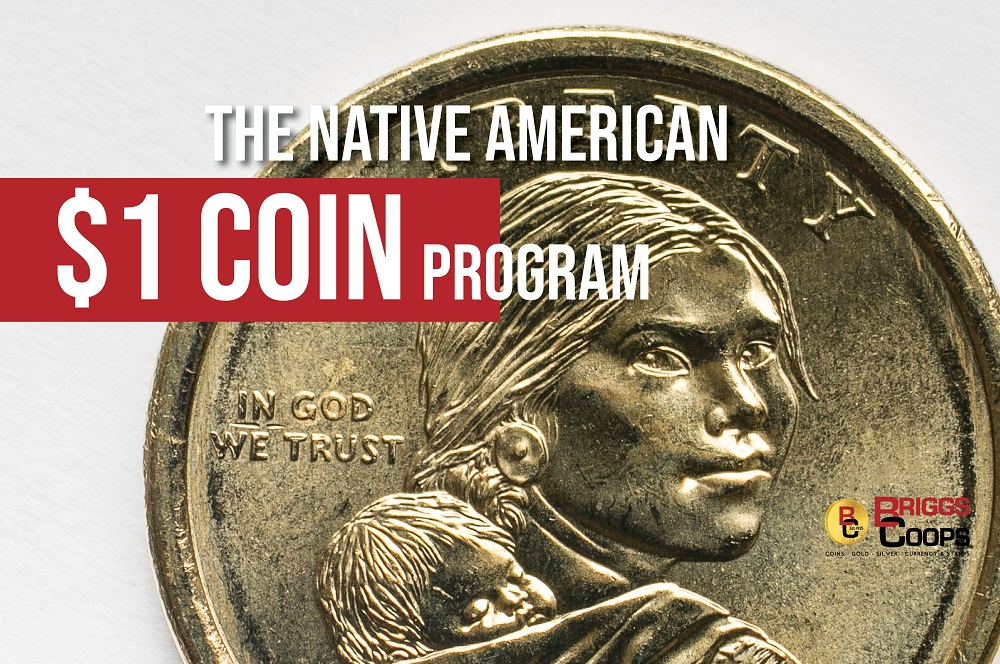 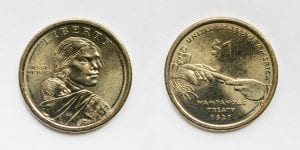 On November 28th, we will celebrate the harmonious relationship of two unlikely allies. On the first Thanksgiving in 1620, pilgrims and Native Americans gathered to share a bountiful feast in celebration of their overcome hardship and the kindness of the native people. When the pilgrims first arrived to the new land, they knew nothing of how to survive. And it was only with the help of the Wampanoag tribe that the pilgrims could endure. So, this Thanksgiving, as we gather to give thanks and enjoy a delicious meal, let’s remember the contributions of those who are native to this land.

The dollar coin was one of the first silver coins minted in the US in 1794. Since then, it has depicted various versions of Liberty on the observe (heads) side and different individuals on the reverse (tails) side. These individuals have included Dwight D. Eisenhower, Susan B. Anthony, and Sacagawea.

In 2000, the picture of Sacagawea and her infant son, Jean-Baptise, was chosen for the obverse and an eagle for the reverse of the Sacagawea Golden Dollar. This marked the first depiction of a Native American on a US coin. And in 2009, the US Mint began minting and issuing yearly Native American coins.

The observe side of the Native American $1 Coin will retain the image of Sacagawea found on the 2000 coin. However, each year, a new image is chosen by the Secretary of the Treasury for the reverse to honor an important contribution of a Native American tribe or individual. Next year, the 2020 coin will feature Elizabeth Peratrovich, who is credited for passing the first anti-discrimination law in the US. The law prohibited discrimination for access to public accommodations in the Alaskan Territorial Government in 1945.

If you take an interest in specialty coins such as the Native American $1 Coin, make sure to stop by Briggs and Coops! We have an array of collectible and historical coins, stamps, and so much more–we’d love to show you around! Come pay us a visit today!