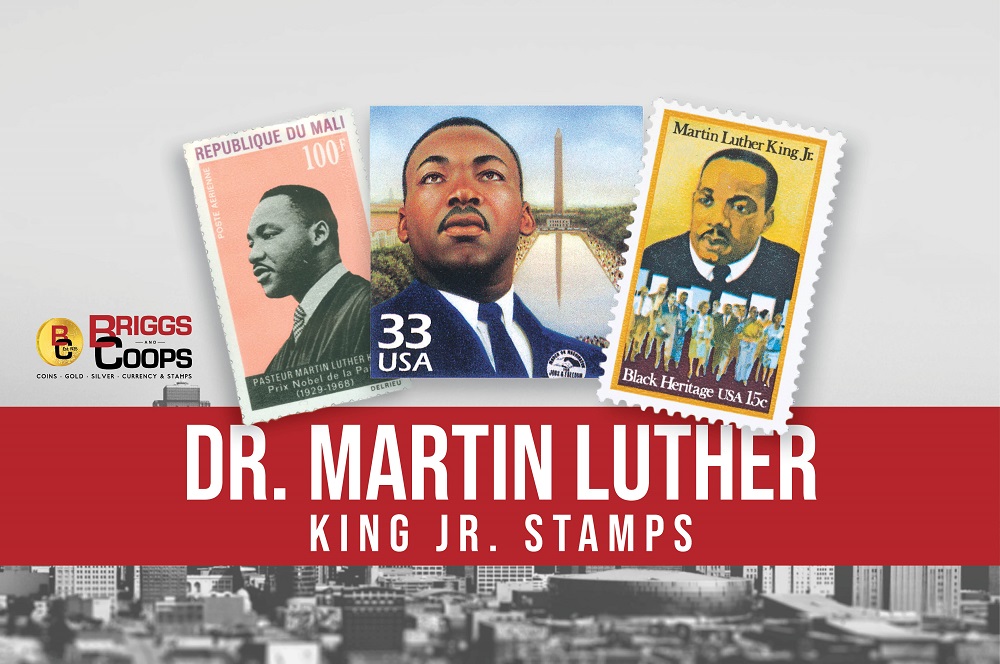 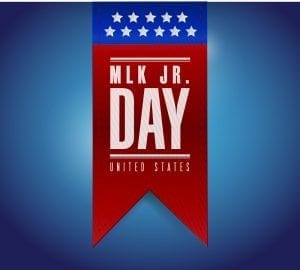 January 20th of this year marked our nation's celebration of civil rights leader and Reverend Dr. Martin Luther King Jr. From 1955 until his assassination in 1968, King was the most influential spokesperson and leader in the Civil Rights Movement. Through his efforts of civil disobedience and nonviolence inspired by his Christian beliefs and the activism of Gandhi, King helped advance civil rights throughout the nation. That's why today, we celebrate and honor King for his message of peace. In fact, he's even commemorated with specialty postage, appearing on more than 100 stamps worldwide. In this article, we'll discuss the stamps issued as a testament to his influence across the globe.

Dr. Martin Luther King Jr. has been honored on two US stamps as well as on the civil rights movement 10-stamp pane. The first stamp on which his image appeared was on the USPS Black Heritage Series issue on January 13, 1979, as the stamp's second subject. Then, on September 17, 1999, a second MLK commemorative stamp was issued to honor his famous "I Have a Dream" speech. This speech is a cherished anthem of hope and justice for all Americans. It was delivered on August 28, 1963, from the steps of the Lincoln Memorial in Washington DC. And today, it is revered as a masterpiece by many.

To Form a More Perfect Union US Pane

In 2005, the To Form a More Perfect Union US pane was issued in memory of the events of the civil rights movement. And though King was not featured on any of the stamps, he had a part in each event that is depicted, including the 1955 Montgomery Bus Boycott, the 1963 March on Washington and the Selma March of 1965.

Not only honored in the US

Though King was an American figure, primarily focused on US issues, his influence gained worldwide attention. And as such, his image is featured on several stamps of other countries.

As the most influential leader in the Civil Rights Movement, King is honored each year for his message of peace and justice. That's why there are even stamps for his celebration. If you are interested in stamp collecting and specialty stamps such as these featuring MLK, make sure to stop by Briggs and Coops located in Redlands. We are your local stamp, coin, gold, silver, and currency experts. Come bytoday to sell, buy, and explore our nation's rich history!