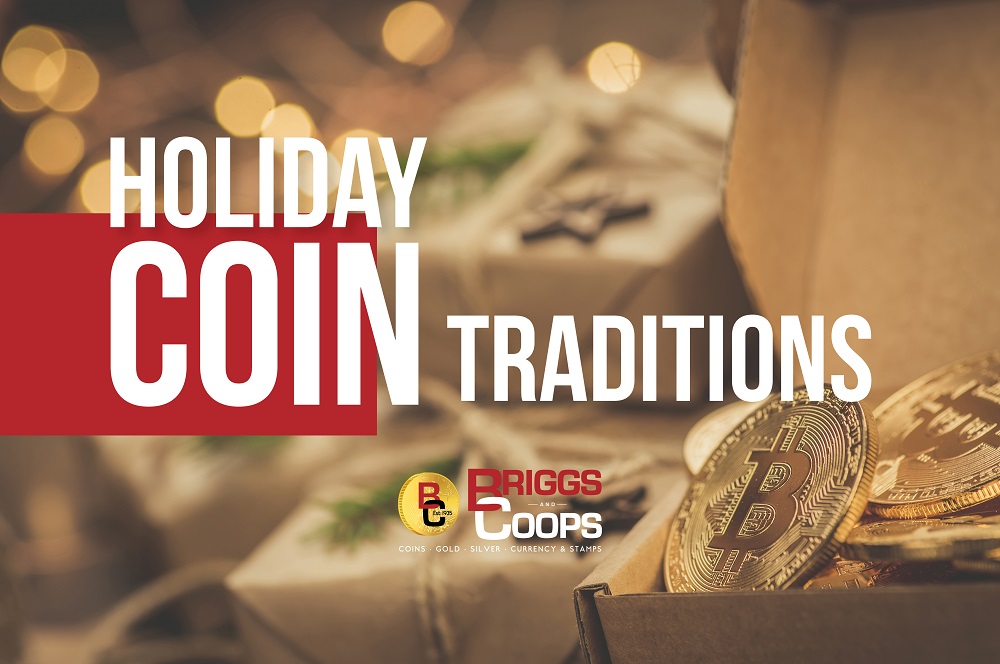 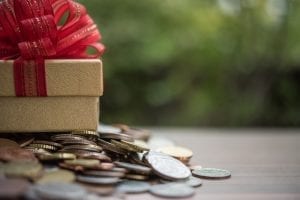 This time of year is marked with various traditions, stories, and icons. From twinkling lights to red-nosed reindeer, some seem fitting for the holidays we celebrate, while others do not. But did you know that coins are one part of this season that is, in fact, rooted in history and meaning? All around the world, people celebrate this time of year with generosity and gift-giving. And typically, this involves coins– and for good reason!

The Christmas tradition of stuffing stockings did not begin with gift cards, candies, and books. In fact, the practice precedes just about every modern gift we have today, dating back 1700 years to ancient Rome. It began with a figure you may recall, St. Nicholas. That’s right, even jolly St. Nick had a history with coins– just not the red-suited Santa, you might imagine.

While the fictional Santa Claus is famed for his generosity, his counterpart, in reality, was similarly charitable, though in far more modest terms. St. Nicholas, our historical figure of Santa, was a bishop in the fourth century A.D. in Myra, a city in modern-day turkey. And he is best known for his outstanding generosity, love for the impoverished, and many charitable acts. His legacy is rooted in the story of how he saved three girls from poverty. Anonymously, St. Nicholas tossed gold coins through their family’s window each night. And by chance, these coins would happen to land in their stockings hung up by the fire to dry. From this story, arose the earliest St. Nicholas tradition of sneaking gifts in one’s stockings.

Though it’s near impossible to know precisely which coins he used to gift this family, there are reasonable speculations. They were likely Roman as he lived within a Roman province. And since St. Nicholas lived in the early fourth century, reason suggests that his coins would have depicted Emperor Constantine, who was the ruler at this time. Some of these particular coins still exist today- available at certain retailers and auctions. They’ll sell for hundreds to thousands of dollars, depending on their condition.

The celebration of Hanukkah also holds a coin-related tradition. This one dates back to the 1600s to 17000s. In Europe at this time, it was common practice to thank one’s religious teachers with a token of gratitude during Hanukkah. As this custom evolved with modern practices, in the 1920s, American candy corporations began to participate. They introduced gold and silver-wrapped chocolate candy coins, for the occasion, thus making the tasty variation quite popular. Now chocolate coins, or what was named “gelt,” are popular gifts during Hanukkah.

Coins and history coincide with just about every part of civilization– even the Holidays! And we at Briggs and Coops love learning all about it. If you share in this interest for all things coins, we welcome you to stop by our Redlands location. We’re here to share our expertise in coins, stamps, jewelry, and bullion, as well as foster your numismatic endeavors. Come visit us today!