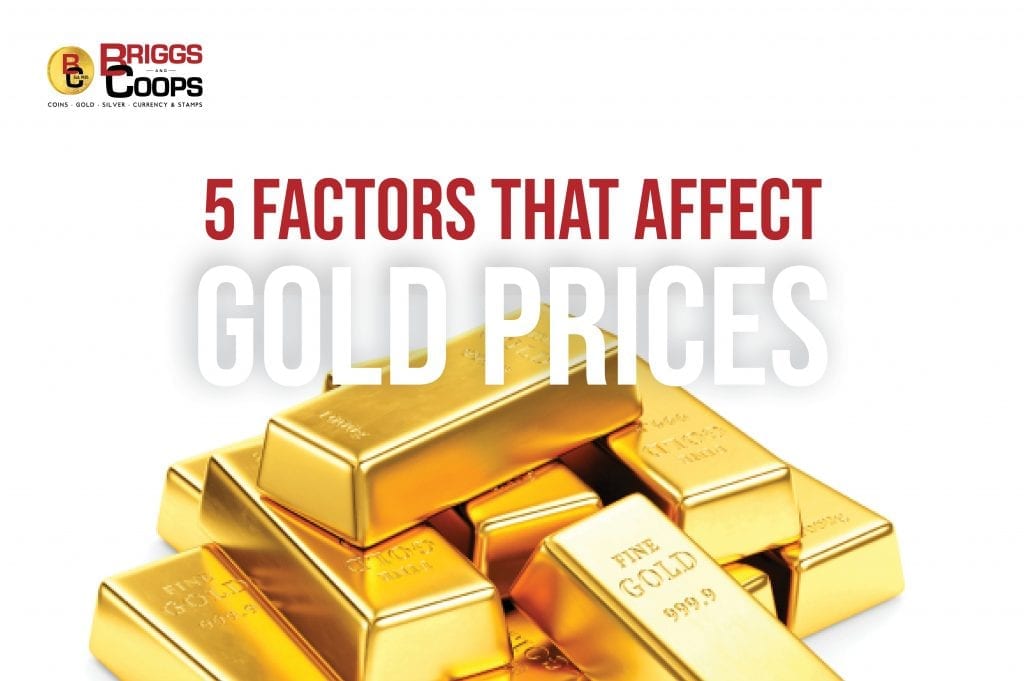 Gold is among the finest treasures the world has ever known. Since the ancient Mesopotamia's first finding of the rarity, it has adorned structures and humans to symbolize wealth, prosperity, and even godliness. Even in recent history, when James Marshall discovered gold in the foothills of the California Sierra Nevadas, the state was flooded with fortune seekers everywhere. And today, this ancient currency remains coveted. Gold is a lasting treasure, beautiful, valuable, and for many, a good investment. But in the complicated global economy, its value ebbs and flows. No one fully knows what exactly plays the most significant role in gold price changes. But, these are the five best speculations.

Since the 2009 financial crisis, the US dollar has decreased in value. And since gold and paper money are inversely valued, such inflation has caused the price of gold to rise. This is because gold is seen to have more real and constant value than paper as it cannot be replicated. For investors of all sorts, gold is seen as an investment haven and an excellent opportunity to protect one's wealth.

Since 2010, central banks have been buying far more gold than they've been selling. As they hold paper currency and gold in reserve, their efforts to diversify their monetary assets has caused them to accumulate more gold. This has increased its price in recent years as a consequence of supply and demand.

With 40 percent of the world's population residing in these gold-loving countries, their actions play a significant role in its value. Both nations have cultural ties to gold. In India, it is given in the form of coins and jewelry at celebrations such as Diwali and weddings. Similarly, gold is an essential aspect of the Chinese lunar new year and other celebrations. As the middle class of these countries continues to grow, so does their demand for gold. And in consideration of the sheer number of people who live here, their gold trade makes a significant global impact on its price.

Gold mining is a worldwide effort. States such as China, South Africa, the US, Australia, Russia, and Peru are famous for their gold reserves. However, gold mine production has experienced a decline since the early 2000s. This is because gold is becoming harder to access. We have depleted the easily mined sources and now must resort to more dangerous and environmentally-unfriendly means.  As the world faces gold mining technical challenges, gold's price, and value increase.

About half of all gold is used for the production of jewelry. Another 12 percent is used for medical and industrial uses.  These include medical devices like stents and precision electronics such as GPS. As these products increase in their demand, so does the price of gold.

With a long tradition of prestige, gold continues to captivate jewelers and investors alike. No matter how many pieces you have, we are happy to purchase any gold, silver and platinum bullion. We base our prices on the current spot market and stay very competitive even with the larger advertising corporations. To see what we would pay for your bullion check out our live quotes page.